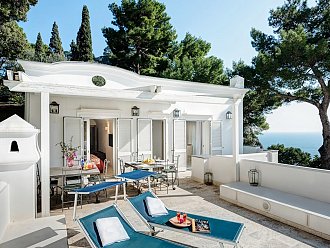 Villa la Piazzetta is a charming house which comfortably holds up to 6 people with 3 double bedrooms and 2 bathrooms. In a panoramic position, the vil… 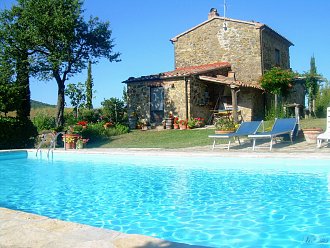 Poggio di Sorano is made up of two traditional farmhouses for a total of 120 sq. m., holding up to 9 people with four double bedrooms, a single bedroo… 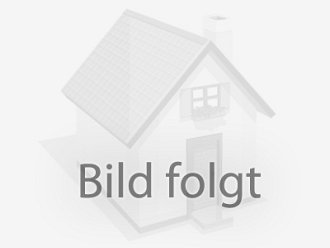 Typical villa in volcanic stone, completely independent, made up of a main building, an apartment with separate entrance and a small study holding up … 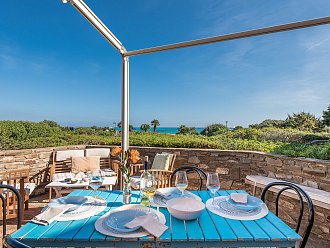 Stintino is a small fishing village, formerly a penal colony founded 1885 by the residents of the island Asinara. In the last 50 years it has become o… 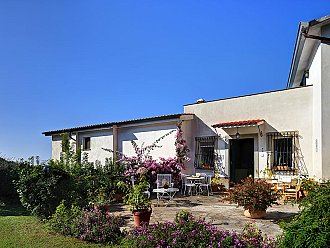 Casa Turiello is an apartment situated in a portion of a house in a delightful hilly landscape 10 minutes by car from the centre of Sorrento, the most… 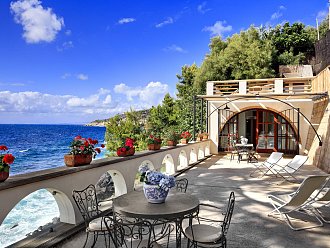 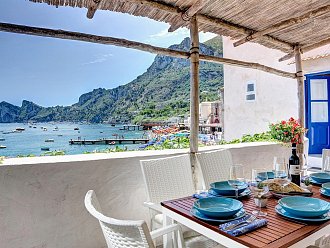 Casa dei Pescatori is a characteristic seaside apartment overlooking the sea. It holds up to six people with a double bed, two double sofa beds and a …

In the unmistakable and characteristic landscape of the Chianti Classico area stands Villa Orchidea, a typical Tuscan country house dating back to the… 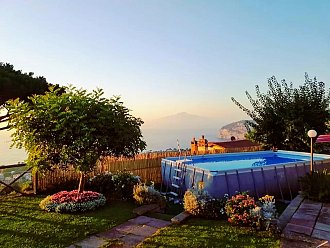 Villa del Mare is a magnificent villa on two floors which can hold up to 7 persons, with 3 double bedrooms, a single sofa bed and two bathrooms. The v… 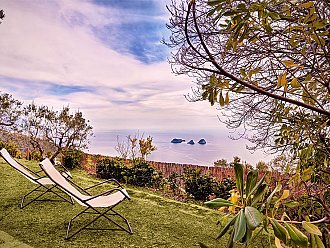